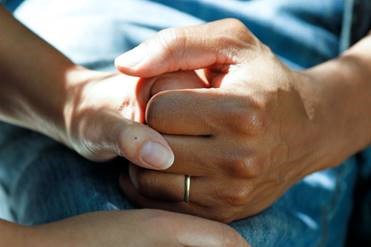 From 2007 to 2014, my wife experienced concerning symptoms including large amounts of vaginal discharge, abdominal and pelvic pain.

Following an initial referral in 2007 to the First Defendant NHS Trust, she underwent a cervical cautery and a smear test. The test results were misreported with negative findings and my wife was reassured (we now know mistakenly) that there was no need for any further investigations. Despite no improvement to her symptoms, she was however discharged from the Trust’s care.

By mid- 2012, my wife was continuing to experience heavy vaginal discharge and abdominal pain. A smear test was arranged and reported by the Second Defendant NHS Foundation Trust, who found borderline changes were present. Following this, she underwent two colposcopy procedures, which confirmed minor HPV changes. However, my wife was (again) reassured that these results were not concerning and no further investigations were undertaken other than a 12 month follow up appointment.

In early to mid-2013, my wife was referred to the gynaecology department as she was experiencing watery and foul smelling discharge, urinary symptoms and severe pelvic and abdominal pain. As a result of her symptoms, her physical and mental health started to deteriorate. Despite a series of tests, no formal diagnosis was made.

In January 2014, my wife underwent an MRI scan, which identified a malignant pelvic mass with lymph node involvement. My wife was diagnosed with metastatic cervical cancer, which had spread to the bladder, rectum and pelvic walls.

Following her diagnosis, my wife underwent a very challenging time in the last months of her life during which she received a range of painful treatment, including radiology and chemotherapy and surgical interventions.

In the 10 months that followed, my wife’s her health continued to deteriorate and she was admitted to a hospice for palliative care. This was an extremely distressing time for the whole family. My wife sadly passed away in November 2014, aged 49 years old.

Following my wife’s death, I contacted CL Medilaw, who have lawyers that are experts in dealing with cervical cancer claims to investigate the failings in her care.

As part of this investigation, CL Medilaw were able to obtain the 2007 cervical smear slides which were reviewed by an expert histopathologist who confirmed that the initial smear was wrongly reported. This allows CL Medilaw to draft letters of claim to the Trusts, which resulted in both admitting that they had failed to carry out investigations to a reasonable standard. Following these admissions, an interim payment award of damages was made, before settlement was achieved without the need to start court proceedings.

I found the service provided to me by CL Medilaw to be first class. The team spoke to me with compassion and kindness in what was a very emotional and at times upsetting journey. My solicitor’s advice, consideration and support I felt went above what was expected. The support and assistance offered to me helped me to cope.

Whilst the claim was complex, CL Medilaw always made contact to check I was okay and I understood the detail. If my solicitor was unable to take a call one of his team was always on hand to help and assist. The times I was in the office I was always made to feel welcome and comfortable.

When the case came to a Joint Settlement Meeting, my solicitor and our chosen barrister spoke to me and talked me through what I was to expect during the day, the advice and guidance that day helped me. The day was emotionally draining but at the end but there were phone calls that evening and the next day to check I was okay.

I can’t praise the CL Medilaw team highly enough, and wish to thank them on behalf of myself and my wife’s family.

PREV#TeamCharlieandLouise AKA Superwoman and Batman, cross the finish line in the At Home Superhero Challenge 2020!NEXTMeningitis Now are really making a difference to those who have been affected by Meningitis.