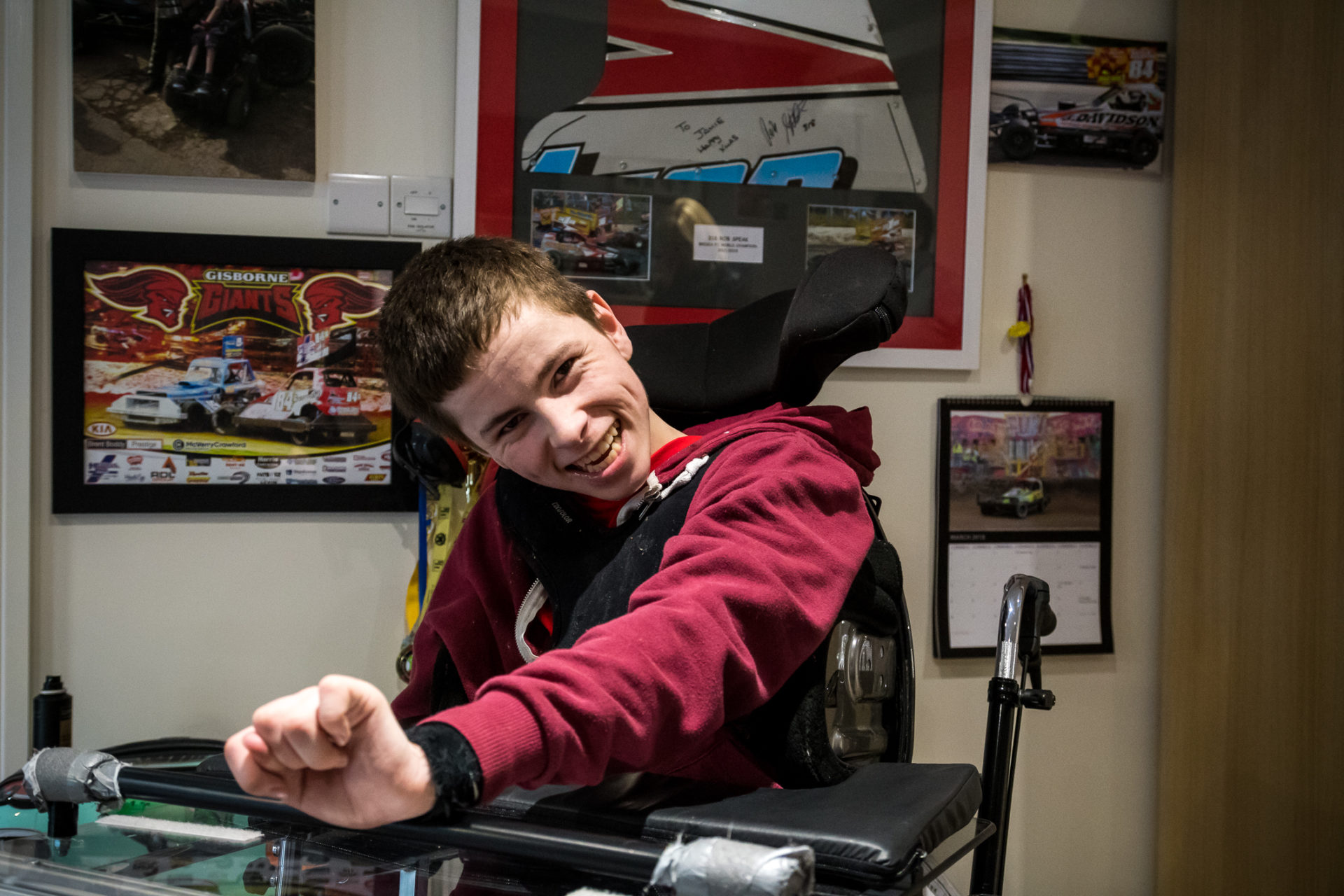 Jamie suffered hypoxia and HIE due to delay responding to drops in his heart rate. We investigated for him and got an early admission from the trust and compensation that has made him secure for life. He can now live in adapted accommodation with his family and enjoys a home hydro pool and an adapted motorhome to get him to his loved stock car racing.

Jamie’s case was that there was a delay by the midwife unit of 45 minutes in transferring him to hospital and a further delay on arrival at the obstetric unit. He was injured shortly before birth and would have avoided brain injury with earlier delivery. We made the claim on his behalf and recovered maximum compensation to make him secure for life and enabled to have fun doing the things he loves.

Jamie was his mother’s second child. She was booked for delivery at a midwife unit. When labour began the midwives failed to notice and react quickly enough to deceleration in his heart rate that meant he was struggling. When waters ruptured meconium was seen. The transfer to hospital was then arranged and his heart rate worsened during transfer. On arrival the hospital staff were not ready and delayed further monitoring and calling an obstetrician. The doctor decided on emergency caesarean and delivered him in 12 minutes but damage had already occurred.

Jamie was unwell on delivery with low apgars and blood gases and he developed HIE and seizures. He suffered a hypoxic brain injury at the end of labour.

What we did for Jamie

Jamies parents noticed his delayed development and he was diagnosed with cerebral palsy as a small child. They wanted to find out what had happened and whether it could have been avoided. We gathered information and medical records and got advice from good experts which confirmed there had been negligent delays and that Jamie’s condition was caused by hypoxia due to that delay. We made a detailed claim and obtained a full and early admission of liability. Jamie recovered 100% compensation which has changed his and his family’s lives. He now has everything he needs including hydrotherapy pool and adapted motorhome to enable him to live life to the full. We still support him as Court of Protection Deputy helping to manage his compensation funds and budgets.

Jamie is now at college and enjoying his independence! He is developing his skills and having fun with his friends. His compensation allowed the family to get larger adapted accommodation with lots of accessible outside space. He has a hydrotherapy pool at home and full accessible space inside the home. He loves attending stock car racing events where his family compete and he has made lots of friends and has a fully adapted wheelchair accessible motorhome for these and holidays.

“Having a child that’s disabled effects the whole family but now we have a converted house, we have the motorhome that enables us to carry on with our hobbies as we want, we as a family unit are far stronger, far happier and it’s been well worth it”. Jamie’s mum.

PREVRachel Gibby joins Laura Bland in supporting the AvMA HelplineNEXTCongratulations to Tim and Laura on your promotions!