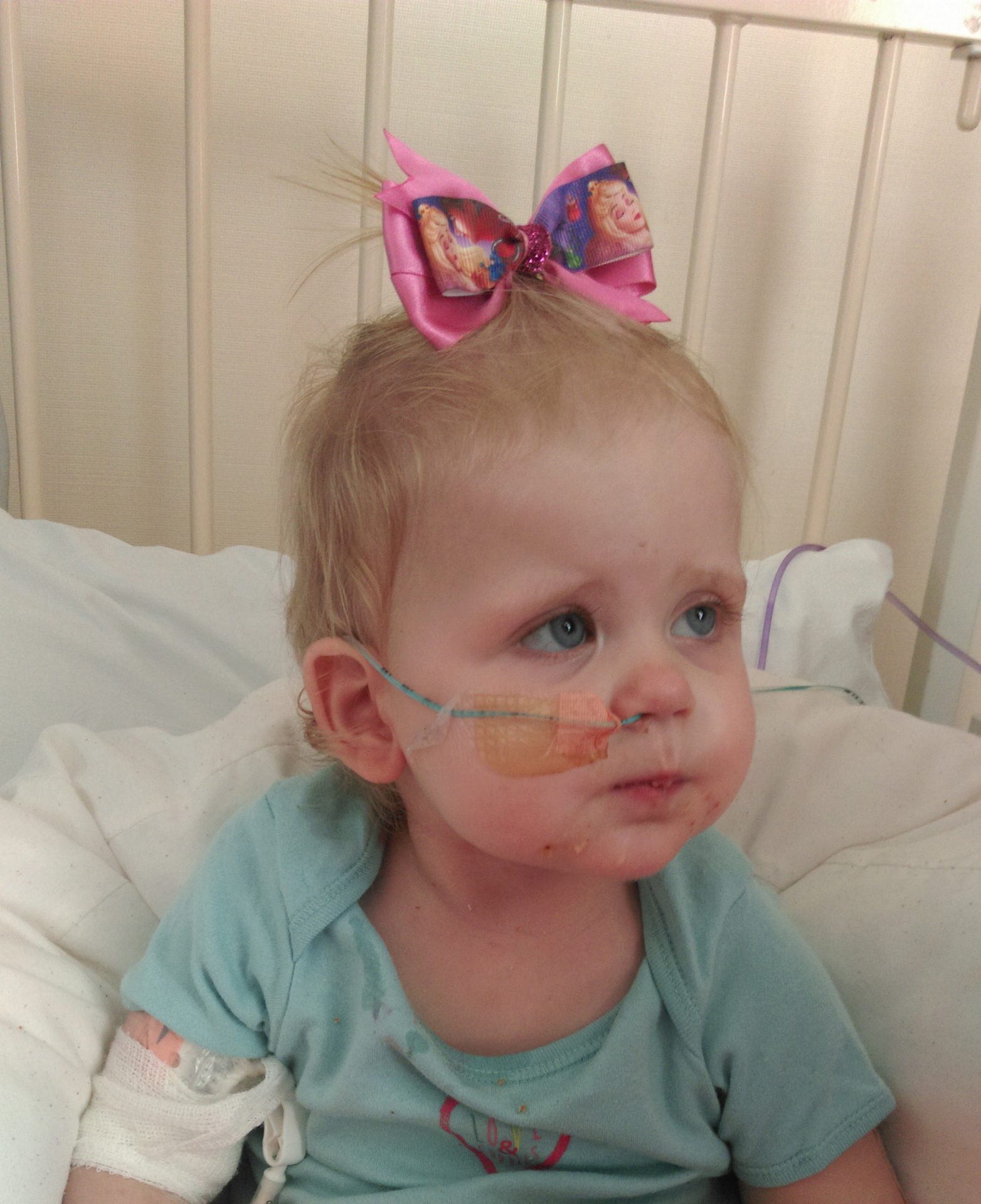 Amelie was nearly a year old when she became unwell. She had previously been a happy, healthy child until August 2015 when, after a series of short illnesses, she seemed to deteriorate. Over the preceding months Amelie had suffered from a high temperature, colds and a cough. She was diagnosed with tonsillitis and an ear infection.

Amelie became increasingly fatigued towards the end of August. She was sleeping a lot and could not crawl or walk. She could barely sit up on her own and her previously good appetite disappeared. We were convinced something wasn’t right but were repeatedly reassured by health professionals.

One morning at the end of August 2015, Amelie became seriously ill. She had vomited and was whimpering – she was clearly in significant pain. We noticed that one side of her face was drooping. Amelie was rushed to hospital where subsequent investigations confirmed a diagnosis of a rare form of bacterial meningitis and a stroke caused by a middle cerebral artery obstruction. She was put on intravenous antibiotics and steroids.

Further imaging confirmed multiple brain abscesses which required surgery. Amelie finally came home from hospital at the end of October that year and we just feel so lucky that she is still with us. It was a traumatic experience and we were so scared we might lose her.

Our daughter has been left with permanent damage as a result of these events. She has a significant limp on her right leg as well as little use of her right hand and arm, and some visual loss and cognitive damage.

Our team of lawyers can help investigate a potential meningitis claim for damages due to a failure to diagnose or adequately treat this and associated conditions.

The prognosis following bacterial meningitis may be unknown in the early stages of recovery but a successful claim for damages enables access to funds to provide the support that is needed for the future including care, therapies, aids and equipment.